Last week I told you how body fat testing is a prediction, not a measurement.  I also talked about the 2-compartment model, its limitations, and how hydrostatic weighing is reasonably accurate for groups but can have an error rate of as high as 6% in individuals. 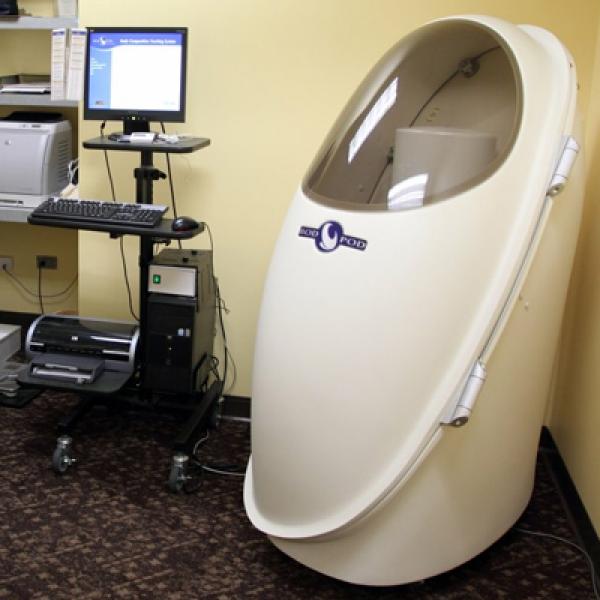 The Bod Pod is based on similar principles to underwater weighing; thus you would think it would have similar error rates.  In some instances, this is true; one study found error rates of about 2% on average, but errors of up to 6% in individuals.  However, other research on the Bod Pod has shown error rates higher than underwater weighing; one study found an average difference of 5.3% between the Bod Pod and a 4-compartment model, and an error rate of up to 15% in individuals!

One of the reasons the Bod Pod is worse than underwater weighing is because there are more variables that can affect the results.  For example, facial hair, body temperature, moisture, and the tightness of the spandex or swimsuit can all alter the results. 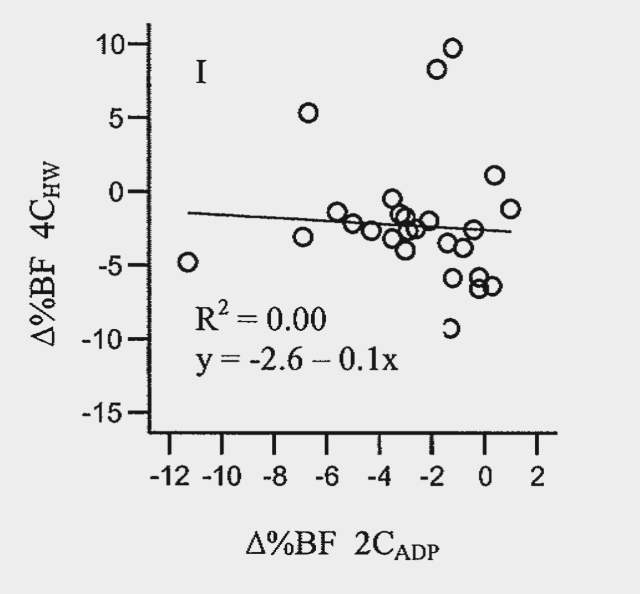 The Bod Pod:  The Verdict

The Bod Pod does OK when looking at group averages, with some studies showing error rates of around 2%; however, other studies have indicated average error rates of over 5%.  The individual error rate for the Bod Pod can be unacceptably high in some individuals, and the Bod Pod is horrible for tracking change over time.  For these reasons I would recommend against using the Bod Pod as a body composition assessment tool.  Hydrostatic weighing, despite some of its problems, is much more reliable.

Underwater weighing and the Bod Pod are not as widely available as other techniques, such as bioelectrical impedance (BIA) or skinfolds.  Click here to read Part 4 of this series, where I discuss the accuracy, err, I mean inaccuracy, of BIA…